A Return to Form

When guitar-driven rock ’n’ roll took over the music scene in the mid–1960s, the era’s trailblazers were equipped with Herco’s original nylon pick. By the end of the decade, nearly every guitar player was using them. Their smooth feel and warm sound appealed to the pros who were recording hit records and playing on the world’s biggest stages, while their widespread availability made it an easy choice for anyone wanting to learn to play rock guitar.

Now, for the first time in years, the classic Herco nylon pick is available to guitar players once again in the form of the Vintage ’66 Series. To resurrect this iconic tool faithfully, we had to get right to the heart of what made the originals so great. How did we do it? Dunlop pick guru Jimmy Dunlop gives us the details.

What inspired you to bring back the original Herco pick?

Jimmy: Last year, we discovered several pick molds had been stashed away in storage ever since we acquired Herco 20 years ago. When I realized they were the molds used to create the very first Herco nylon picks, I immediately knew that I wanted to recreate that classic pick magic. The problem was that the molds were just not in a condition to produce picks to modern standards.

So how were you able to capture the spirit of those picks?

Jimmy: Even though they were unusable, they gave us some very valuable insights into the design process. To fill in the gaps, we gathered up as many vintage Herco nylon picks as we could and played and studied them relentlessly.

After that, we analyzed the pick material itself. Simply put, nylon is made differently today than it was 40 years ago, and that difference bears out in the sound and feel of a pick. We had to tweak a number of different parameters, but I worked with product manager Frank Aresti and the rest of my team to come up with a formula that perfectly captures the tone and feel of that old school nylon—it’s virtually indistinguishable.

Through all this analysis and experimentation, we arrived at the Herco Vintage ’66 Series, and we couldn’t be happier. Even our pick experts were at a loss to tell them apart from the originals. 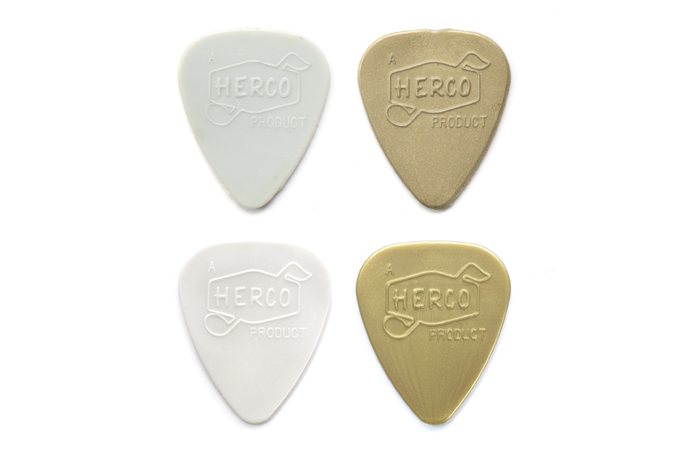 How is the Vintage ’66 Series different from the Flex Series?

Jimmy: There are two important differences between the Herco Flex Series and the Herco ’66 Series. The first has to do with grip: the Flex picks have a grip on both sides, while the Vintage ’66 picks have a grip on one side. Grips add stiffness to a pick, so you’ll notice that the Vintage ’66 picks are more flexible—just like the originals—than the Flex picks.

The second important difference brings us back to the old nylon versus new nylon thing. Because the Vintage ’66 picks are designed with the characteristics of the older nylon style, they have warmer sound and a smoother attack than the Flex picks.

Ultimately, the Vintage ’66 Series was created so that you can get everything you love about your vintage Herco nylon picks without having to take your collectibles out.

What type of player should check out these picks?

Jimmy: Plain and simple, if you want the classic warmth and smooth attack that you get from collectible vintage Herco picks, the same picks used by rock and roll giants to write music history, then the Herco Vintage ’66 Series is for you. 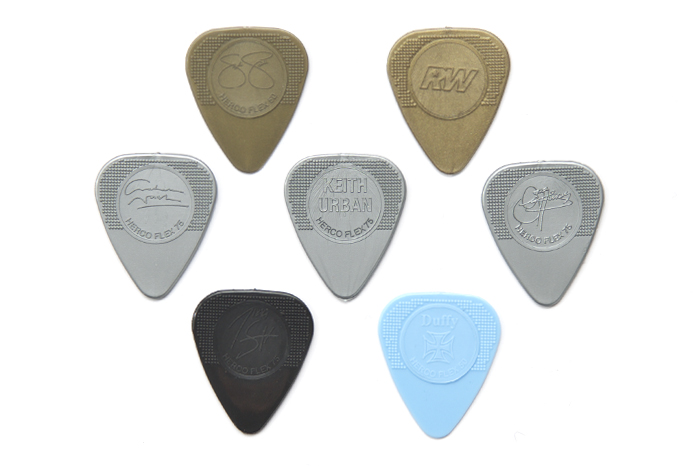