If your music demands crystal clear notes and fluid, dextrous picking, get yourself a pack of Primetone™ Sculpted Plectra. Made with Ultex® for superior tonal definition and durability, each pick is burnished by hand so that its sculpted edges glide smoothly off your strings like a broken-in pick.

We developed these picks to have the elusive sound of tortoiseshell, and this is the closest we’ve ever gotten. Because tortoiseshell was infamous for being slippery, we gave every Primetone pick a grip with enough traction to give plenty of control but low-profile enough so you can still shift it easily in your hand. If you prefer a smooth surface, all models except the Jazz III are available in non-grip form, which have also been designed to have a slightly warmer tone. 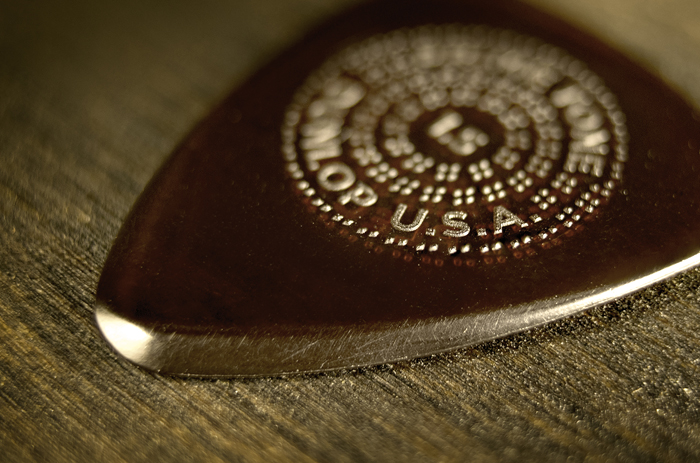 The beveled edges were inspired by guitar players’ high mileage celluloid picks, whose edges have been worn into a natural “sweet spot” bevel that makes playing practically effortless. Some players even go as far as using emery board or sandpaper on their picks to get the same effect. 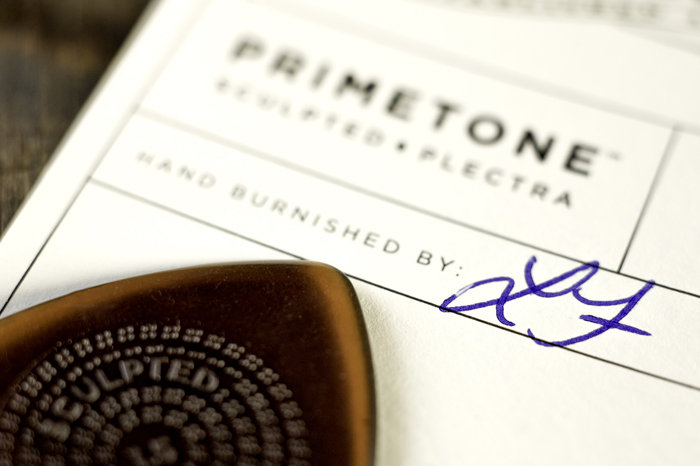 We decided to save you all that time and effort and just sculpt that sweet spot right onto the pick so you have it straight out of the package. Each pick’s edges are hand-burnished to further break them in and then inspected by one of our pick technicians. 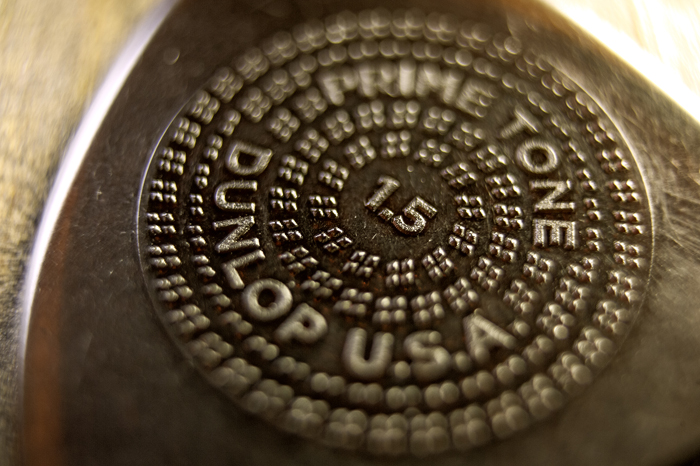 We asked a handful of Primetone Sculpted Plectra players a couple of questions about why they’ve made the switch. Here’s what they had to say.

How does the Primetone Sculpted Plectra affect your technique and the way you play?

Zach Blair (Rise Against; Triangle Grip): I play hard, so I need a pick I can depend on not to break or wear down. I know that Primetone picks will stand up to everything I put them through.

Scott Fore (Former National Flatpicking Champion; Small Tri Grip and Smooth, Standard Grip and Smooth): The grip and bevel allow me to greatly vary my tone with subtle changes in the pick angle, and the beveled edge allows a greater string to pick contact area, which gives a much fuller tone. The grip surface prevents the pick from unwanted movement, but I also like the non-grip picks. Their darker tone allows for a big, fat, clear tone on even the brightest of guitars. Perfect picks for all styles of playing. The Ultex material doesn’t get scratchy or noisy from wear, which is another great benefit.

Jude Gold (Jefferson Starship; Editor, Guitar Player; Standard Grip): They have the classic vibe of celluloid picks, but they don’t break and they don’t slip or get sweaty, especially with that center grip. The beveled edges give you a bit of that comfortable, broken-in feel, and I love that. A broken-in pick has songs in it.

How do Primetone Picks open up your tonal possibilities?

Tosin Abasi: When the pick glides off the string, it produces a beautifully full and articulate tone. You can hear it even when the guitar isn’t plugged in.

Zach Blair: I’ve come to expect a certain tone out of the Primetone pick, one that’s dark and well rounded. It’s affected my playing and overall style immensely.

Scott Fore: The Primetone picks offer the best tonal possibilities of all pick materials available, even the revered tortoise picks. They sound full and clear, producing an open, balanced tone from the lowest note to the highest note.

With a beveled edge, the tried and true Standard shape gets the smooth, quick release of a well-worn pick. The standard’s shoulders are also beveled for players who like to turn their pick around for a different sound.

The Triangle shape gives you three beveled edges and a wider gripping surface for greater control. Great for bass players.

The Small Tri is a shape that’s been gaining in popularity. Like the Primetone Triangle, the Primetone Small Tri features three beveled edges, but its smaller profile really lets you choke up and dig in with greater control.

The quick-release Primetone edge enhances the Jazz III’s famous control, speed, and precision. Only available with the low-profile Primetone grip.

The warm and mellow sounding Semi-Round shape features three beveled edges and two different playing tips so you can easily change up your attack and your sound.