Overdrive, distortion, and fuzz are synonymous with rock ’n’ roll. They add texture and attitude to countless classic songs, and each has its own way of doing so. As a player, how do you distinguish one from the others? The easy answer is to say that overdrive, distortion, and fuzz are on a spectrum with each more intense than the last. That’s alright for listeners who don’t play.

If you’re a player who likes to use dirt boxes, though, you’ll need a deeper understanding of how overdrive, distortion, and fuzz can help you craft the best version of your musical vision. To really dig into the dirt, we need to consider what each effect was designed to do, and how you intend to use them.

The MXR® FOD™ Drive is one such pedal. It’s a built-from-the-ground up recreation of two different custom amps that replicates the experience of running two separate amp stacks on stage. You get two separate channels, each with ts own Gain and Volume controls, and a Blend to mix them together. The Tone control adjusts EQ at the output, while the Scoop switch selects a flat, scooped, or boosted midrange. You might say the FOD Drive takes a very literal approach to the whole amp-overdrive-in-a-box thing.

So how do you use an overdrive pedal such as the FOD Drive with a tube amp? If you want your amp to handle your clean sound and then kick the pedal on when it’s time to get dirty, just set your amp’s EQ and volume to a good level for the space you’re in, and then do the same for your pedal. You can get some very smooth, mellow grit this way. 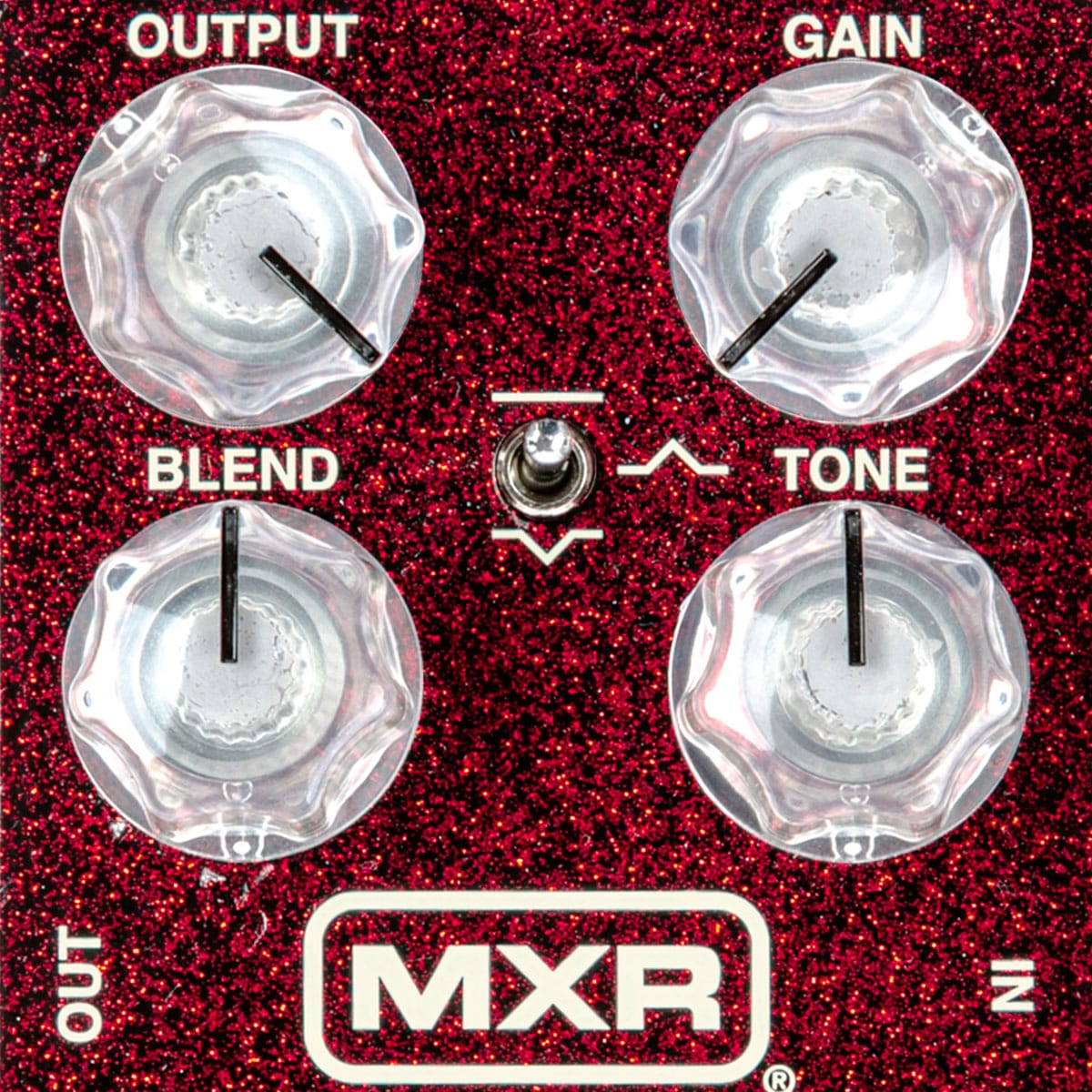 Set the gain low and the volume high on your pedal to push the amp itself into overdrive while giving it the pedal’s tonal flavoring. With an already overdriven amplifier, it’s all about finding the right balance as all those harmonics crash into each other. The result should be a thick, saturated sound that’s just on the verge of distortion while retaining the warmth of your tubes.

That’s just scratching the surface, of course. Your overdrive pedal’s interface will dictate all the various tonal iterations available to you, and how you use your overdrive pedal will probably depend on which role you’re playing in the mix. For solos, you might want the pedal set to bump you up a level above the rest of the band. On rhythms, you might want to double on pedal and amp grit for extra fat and crunchy riffs. And don’t be afraid to make judicious use of your volume control.

Distortion is the middle ground between overdrive and fuzz. The goal of any good distortion pedal is to supply copious amounts of gain and a tight, controllable range of harmonic saturation. A clean amp is preferred in most cases—that way, you can maintain control of the effect right from the pedal itself. Which distortion pedal you use, and how you use it, will depend on whether or not you want to enhance the sound of your guitar and amp or kick over to something totally different.

The MXR® Super Badass Distortion handles both tasks with ease. The Distortion control blends in a bit of your clean signal at the beginning of its sweep, and you can use the super responsive Bass, Mid, and Treble controls to match up the rest of the range to the overall voice of your guitar and amp. 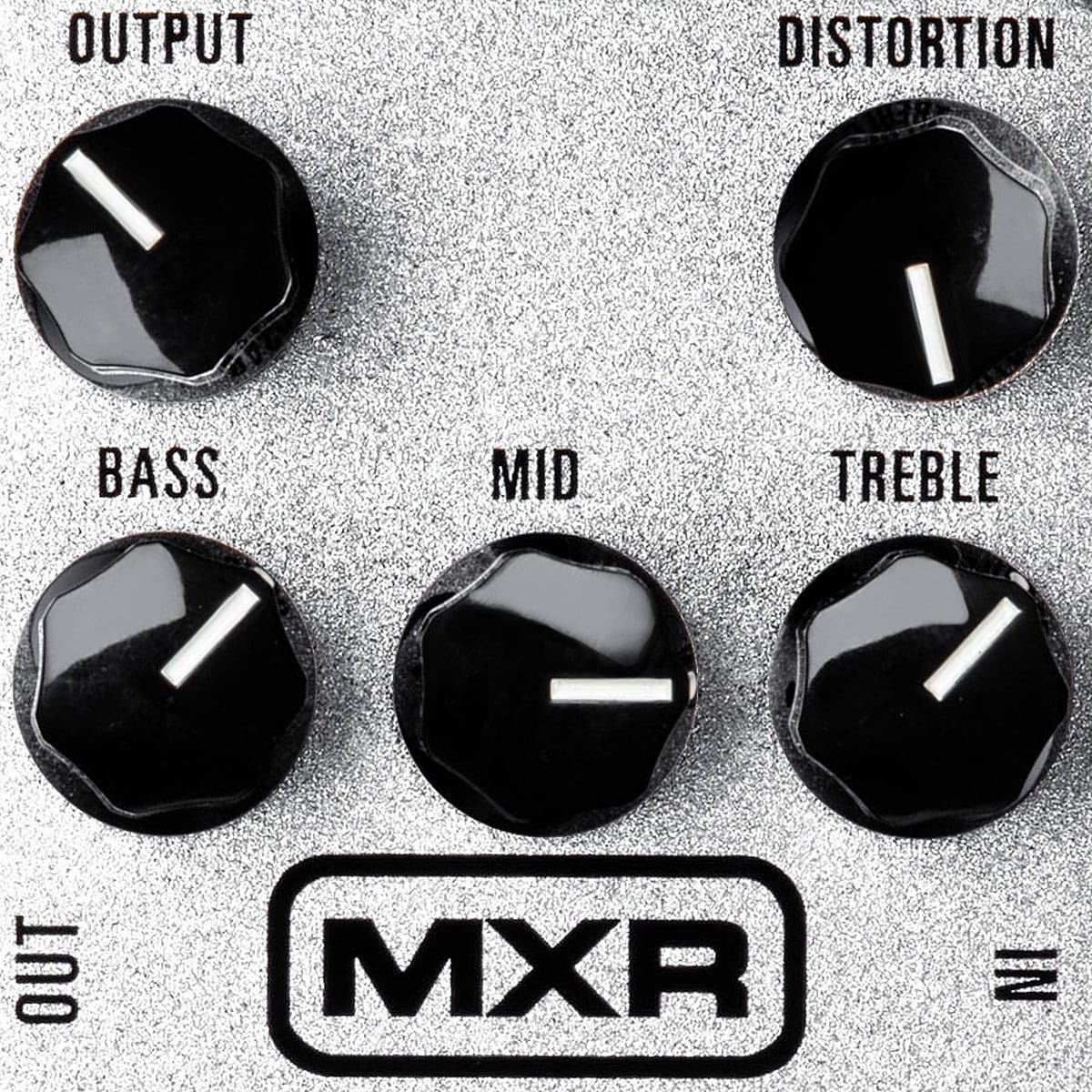 Want to take your sound in a whole other direction? Roll the Distortion control up as high as you need, and then use the EQ controls to scoop out your midrange, fill out the bottom end, or electrify the highs. Volume-wise, try to find a level that doesn’t throw the amp itself into overdrive and add unwanted saturation.

Now, earlier we said that a clean amp is preferred to a dirty amp when using a distortion pedal, but you might find that a dirty amp is exactly what you want from your particular setup. With the Super Badass Distortion’s lower, clean signal-infused Distortion setting, the overdrive from your amp might just sound killer coming in alongside the mild distortion generated by the pedal level.

Fuzz is wild and unruly. It’s based on busted gear, after all. The first fuzz pedals were designed to sound like a faulty amp or perforated speaker. They made it so that players didn’t have to break their stuff and hope it would sound great. Fuzz pedals bring so much gain to the table that it doesn’t really matter how clean or dirty your amp is.

The main component of a fuzz circuit that’s of any concern to a musician is the transistors. Unlike the hi-fi op-amps that are common in overdrive and distortion pedals, lo-fi transistors add a bunch of their own harmonic content right out of the gate. Transistors are usually made from germanium or silicon. Germanium is relatively warm and smooth compared to the bright and aggressive silicon. 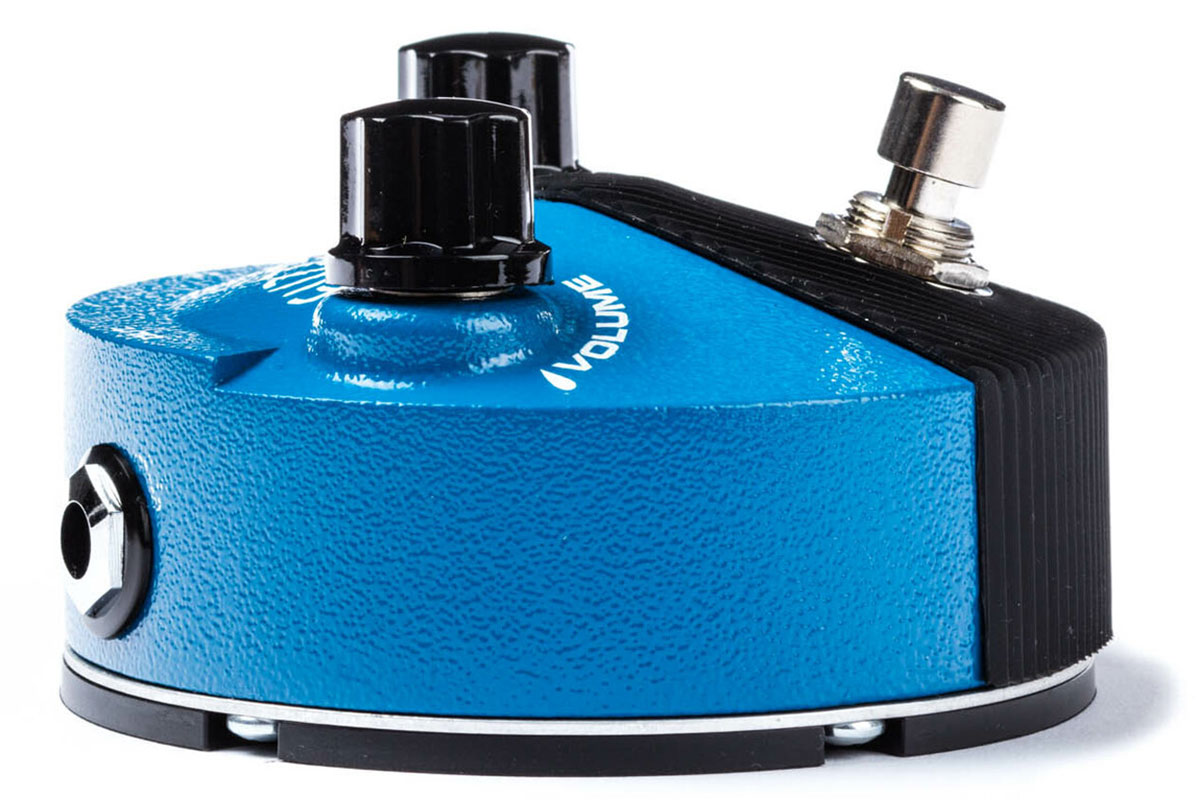 The Silicon Fuzz Face® Fuzz Face Mini Distortion offers the quintessential fuzz sound, and with only two controls, the distance between plugging in and covering the world in shag is very short, indeed. There ain’t much finesse here, and it doesn’t matter too much what you’re doing—it’s all about dialing in the fuzz until you have a badass sound and then kicking the switch when you’re ready to let loose.

GO FORTH AND BE GRITTY

Overdrive, distortion, and fuzz are more than just different points on a spectrum. Each has specific specialties that allow you to create absolute musical magic, and any seasoned tonechaser will have at least one of each on hand. Which one will you add to your signal chain first?